Unleash The Power of Personal Productivity 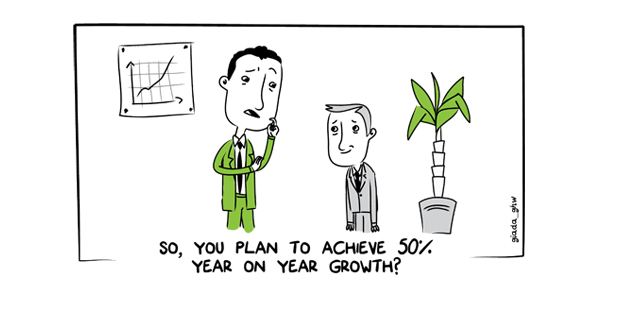 The work I do with established small businesses essentially focuses on the answer to the following problem in the client's particular situation:

"How can we achieve more with the resources that we have"

Most small businesses are significantly less productive than they could be and spend enormous amounts of time doing things that do not contribute at all to the outputs that they are responsible for producing.  Conceptually, the following equation should hold true for every role within a business, no matter how small.

The reality is that this is almost never true.  Let's take the real example of a sales support team that produced sales quotations for a large field sales team in an organisation with which I worked.  I was called into the organisation because they were looking to be more efficient.  They were the largest organisation operating within their niche, but their operating expenses were significantly higher than those of their competitors, which led to them being less profitable.  Their competitors were closing the gap on them as they had more profits to reinvest in the company.  As they were a sales organisation, we looked first at the sales support functions, which were split into teams.  With the team in question, their only responsibility was creating and sending sales quotations and, whilst they did a couple of other peripheral things, this was easily 90% of their actual output.  When we got out the stopwatch and timed the average duration of each of the elements of the task of producing a quotation, we arrived at an average of 35 minutes for the process.  The team of 7 people produced on average 30 a day.  It was easy to see that there was an opportunity here to increase the productivity of this sales support team.

Now the team worked normal office hours of 9AM - 5PM, with a half-hour break for lunch and two 15 minute breaks throughout the day.  Taking these breaks off the working day, plus another hour of non-productive time (I've never seen anyone who was productive 100% of the time they were supposed to be during work time so we always build this into any productivity measurement we do) gets us to six productive hours in a working day.  Six hours across seven staff should have given us 42 hours of productive work.  As it was, we estimated that only just over a third of the time that the team worked was being spent in producing the outputs for which they were responsible. So what about the other two-thirds?  Well, we could add another 10% (1.75 hours) for the other peripheral duties they completed, but it was still from this clear that whatever they were doing with the rest of the time, it was either what Brent D. Peterson called "Fake Work"  or Parkinsons Law was in operation within that Department. The seven members of that team were doing between them 17.5 hours of productive work each day.  That's 2.5 hours of productive work per person per day.  We observed similar patterns in different teams across the organisation.  No wonder operating expenses were so high!

I regularly go into businesses where the average number of daily productive hours of work done by the teams of people responsible for delivering key business outputs has been between two to three hours per day.  In smaller businesses, it is often worse as individuals are responsible for three or four different key business outputs and even more time is lost as focus switches between tasks.

So, given the scale and severity of the problem, what can be done to address it?  The answer is simple yet, like many answers whose simplicity lies on the far side of complexity, implementation remains challenging.  Let me share with you what I do on a daily basis to keep my levels of personal productivity as high as possible.

When I sit down in the morning, either at the breakfast table at home or when I first arrive at the office before I turn on the computer or do anything else, I sit down with my project list and plan out my day for five minutes.  I typically ask myself the following two questions:

I then schedule the tasks created by answering these questions into my calendar for the day.

I set my phone to beep every hour.  I then get stuck into the work that I've set myself on the calendar.  When appropriate, I set myself goals for what I want to have done by the end of that hour (e.g. written 1000 words).  After each beep, I pause and ask myself the following questions:

I then look at the calendar again and recommit to how I am going to use the next hour.  Sometimes, my plans can change in response to these questions, but when they do change, it is because what needs to be done is truly important to the successful completion of the projects to which I'm committed.  This simple technique has stopped me countless times from wasting large portions of my working day by doing things that do not directly contribute to what I want and need to achieve that day.

At the end of the day at the office or back at home in a quiet moment, I spend five minutes reviewing how the day went by asking myself a few more key questions:

In the case of those people with whom I need interaction, I often either call these people or send them an e-mail before finishing up work for the day.

My day to day routine keeps me on track throughout the day.  I firmly believe that the same principles and steps that apply to personal productivity also apply to organisational productivity.  Your business needs a plan and that plan must provide clear direction to everyone that works there.  Everyone must know what is expected of them in terms of key outputs in order for the business to achieve its goals.  Then this plan must be executed with discipline.  It's important to pause regularly and assess if the company is on track.  This is, of course, impossible if you do not systematically measure KPI's (Key Performance Indicators) so as to see if the business is performing as is planned.  The plan must then be adjusted or the performance of the business must be improved in line with the plan.  The plan can be adjusted as necessary in a regular review before the process continues.